Olive oil contains mainly oleic acid, solidifies between 0°C and 10°C to a soft mass and has a characteristic taste.

We carry Olive oil in the following qualities for you 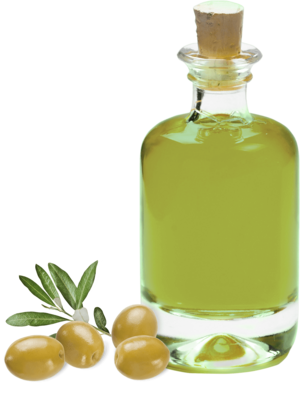 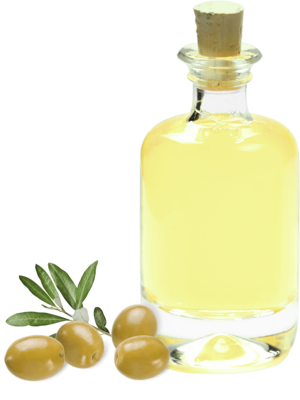 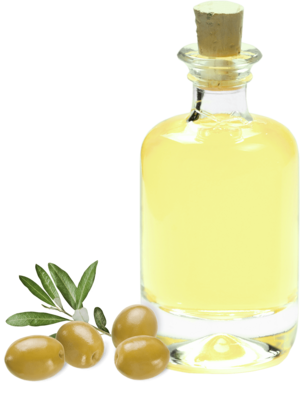 We offer all olive oil qualities. We ensure the quality by our own "Catadores" (officially recognized panel testers) and our own test laboratory also over a long period of time. We distinguish between the following quality levels:

Extra virgin olive oil: cold-pressed oil with less than 0.8% free fatty acids. In the panel test, the median of defects must be 0 and the median of fruitiness greater than 0.

Extra virgin olive oil: cold-pressed oil with less than 2.0% free fatty acids. In the panel test, the median of defects must be less than 3.5 and the median of fruitiness greater than 0.

Pure olive oil: a customized blend of refined olive oil and virgin olive oil is produced on the basis of the olive oil regulation.

The panel test is the official procedure introduced by the European Community for the organoleptic evaluation of olive oils. It involves the profiling, weighting and final evaluation of both the olfactory and gustatory characteristics of an oil on a standardised form. Since there are also black sheep in the olive oil trade, we start with our olive oil supply chain with quality control already in the field. Our employee on site is a certified olive oil panel member and selects the highest quality olives from the cooperatives for our olive oils at the beginning of the harvest. This enables us to offer a consistently high quality of olive oil over a long period of time. After the olive oil has arrived in our own tanks in Leonberg, protected from light and under nitrogen, it is subjected to a further sensory analysis by a member of the German Olive Oil Panel in addition to analyses in our own laboratory accredited according to DIN EN ISO/IEC 17025. Only after these complex and multi-stage quality controls is the Mediterranean gold released for our customers. 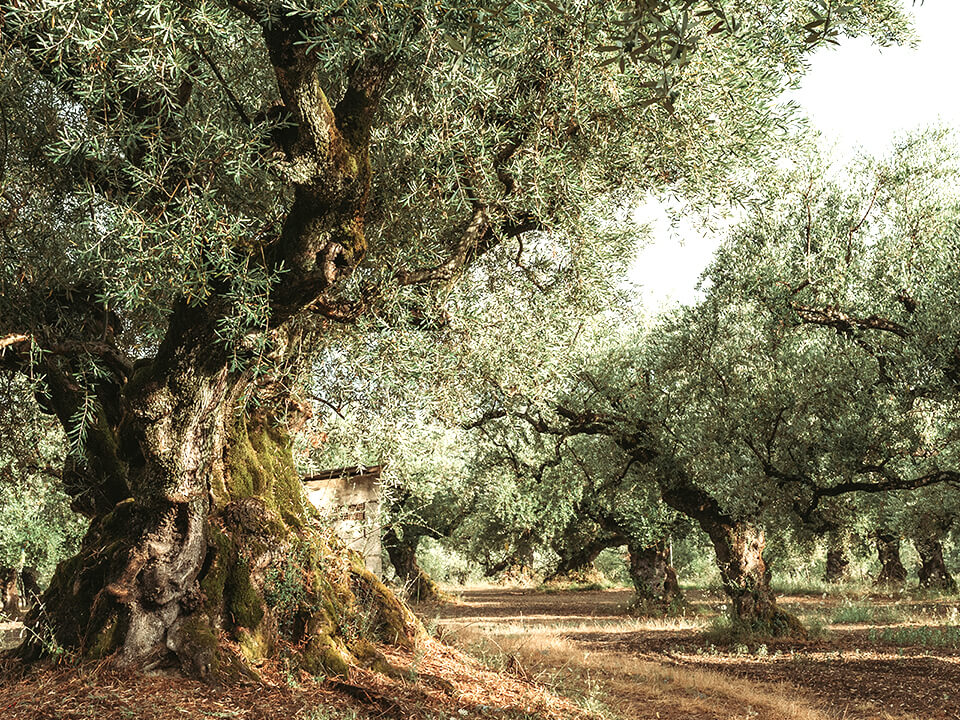 The olive tree belongs to the family of olive trees (Oleaceae), it is also called "real olive tree". Olive trees are evergreen trees, i.e. they do not lose their leaves at any time of the year. They reach heights of 10 to 20 meters. The roots reach up to 6 meters deep into the earth. This allows the olive tree to supply itself with water even during dry periods. The narrow, pointed leaves are grey-green on the upper side and shiny silvery on the underside. The olive tree has its flowering time in May. In this month you can find countless panicles with small light yellow to whitish flowers on each branch. After flowering, i.e. from the beginning to the end of June, the first olive fruits are formed, which now need a lot of water and optimal climatic conditions to grow into beautiful, ripe olives until autumn. An olive tree bears full every two years and less every two years.

Olives are not edible raw because of their bitterness. Only after several times of soaking in brine the bitter substances are washed out and the olives are edible. A differentiation is made between black and green olives. By nature, olives in the unripe state are green at first and only change their colour naturally during the ripening process, from violet to almost black.

The olive tree thrives in all areas that do not have extreme climatic conditions. Suitable for the olive tree is the Mediterranean climate, i.e. with annual average temperatures of 15°C to 20°C and annual precipitation of 500 mm to 700 mm, at least 200 mm are necessary. The olive tree can tolerate high temperatures but is very sensitive to frost.

An olive tree bears its first fruits after four to ten years. It also takes between ten and fifteen years for the tree to mature and bear the full amount of fruit. The life expectancy of an olive tree is 100-200 years. On average, each tree yields about 20 kg of olives per year. Since the yield is greater with knottier olive trees, the trees in the groves are pruned.

Would you like to be informed about the general market situation of Olive oil and our other products?

The wild olive tree comes from a disjunct area, a widely separated, unconnected natural occurrence. This includes the Mediterranean, the Middle East and South Africa. Today about 98% of the world olive harvest comes from the Mediterranean area. Several attempts to expand the olive tree cultivation area to the north have failed time and again. Today, the tree is cultivated not only in the main Mediterranean area but also in North and South America, Australia, South Africa and Japan. These cultivation areas are all located between the 30th and 45th degree north and south latitude.

The main olive harvesting season is between November and February. The olives are harvested shortly before they are fully ripe. There are three different harvesting methods: picking from the tree, picking up the fallen olives, shaking and picking up the olives (partly also by harvesting machines). The olive tree has been cultivated as a useful plant since the 4th millennium BC. As one of the oldest cultivated plants in the world, the olive tree was already frequently mentioned in the Bible, especially as a symbol of peace. An example of this is the story of Noah's Ark, when the dove returns with an olive branch, which promises new life and hope.

Even in ancient Greece, large quantities of olive oil were produced and traded in the Mediterranean. In those days, the oil was used for personal hygiene, wound treatment, lamp fuel and, of course, as cooking oil.

According to a legend, the first olive tree was found where the Acropolis of Athens is located today. The goddess of wisdom, Athena, and the god of the sea, Poseidon, fought over the name and power of the largest city in Attica. So, each of them was to give the city a gift, the more valuable one winning. Poseidon gave the city a spring, Athena, however, an olive tree. The tree gave food, olive oil and wood. With this, Athena had won the dispute and the city was named in honor of Athena.

You want to buy Olive oil?