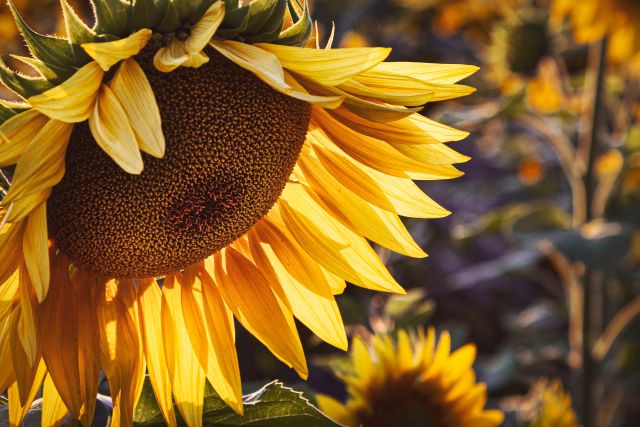 In recent days, prices on vegetable oil markets have continued to decline. This is initially mainly due to the good harvests and harvest expectations in the northern hemisphere, but also the considerable stocks of palm oil, so that in the meantime the "bearish factors" have gained the upper hand on the markets for many market participants.

The favorable weather conditions in the main growing areas prior to harvesting indicate a record harvest in the USA. However, the soybean oil price has somewhat decoupled from the developments of the other oils (palm, rapeseed, sun), as only small quantities are currently available for export in South America. At the same time, demand from the biodiesel industry remains high. There is already talk about an increase in blending quotas in Brazil next year, and demand is also booming in the USA. With the lower prices, interest from China has also risen again, which in recent weeks has again increasingly covered volumes in South America but also in the USA.

Sunflower oil prices have also fallen further as export volumes from Ukraine are increasingly recovering and Russia is set to produce a record harvest. This will make the country the world's largest exporter. Since June, prices for oil from the Black Sea region have fallen by around 30% in USD terms, which has also boosted demand here again.

Estimates of global canola production have been raised to just under 74.5 million tons. This is 8 million tons above the previous year figures. This means that rapeseed oil is also becoming more competitive again and demand from countries such as Pakistan and China is picking up again.

The good harvests will again provide the world with sufficient quantities of vegetable oils in the coming year. Exports from the Black Sea region are also doing better again. On the other hand, demand from the biodiesel industry is increasing due to high energy costs. Logistics costs and the increased manufacturing costs (driven by the drastic increase in energy prices) will have an impact on prices in the coming months. In the EU, the USD exchange rate, which remains firm, will also make imports more expensive.

The California Almond harvest is well under way and packers are beginning to receive the new crop of Almond. The new crop yield is expected to be lower than the past 2 seasons where we saw record production. Prices are expected to remain stable, as international sales is down due to shipping delays. The lesser quality crop is always harvested first. In the coming weeks as the high-end varieties begin harvest, we will know more about this year’s production.

We are now a few weeks into the pistachio harvest. Thus far quality and sizing have been good with very little product having closed shell. The Kerman variety begins harvesting next week, and as the most abundant variety in California all eyes are watching. Once Kerman harvest begins, we will have a better idea of the total California crop quality.

The walnut harvest comes later in the year beginning around the end of October. Walnut farmers are getting their orchard floors cleaned up for what is looking like a good crop. The talk of damage from the late frost has mostly subsided and we will wait to see how much yield/acre we receive. Last year’s yield/acre was greatly reduced due to the frost damage.