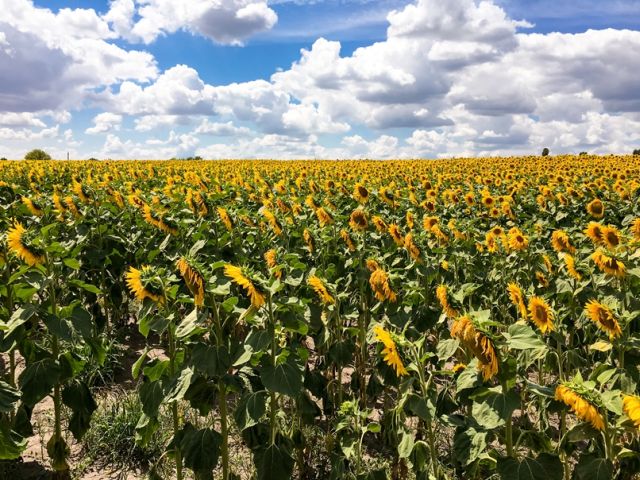 In Chicago, soybean quotations were again very volatile and made up for the losses of the week before last. In Europe, prices for refined soybean oil increased again in the last few days. In Brazil and Argentina, harvest expectations have improved somewhat overall, as the urgently needed rains came at the last minute. However, these rains are complicating the harvests that are beginning in some Brazilian states. In addition, striking truck drivers are restricting the transport of the beans to the oil mills and ports. If no binding agreement is reached with the unions, there could be a major logistical problem.

In Russia and Ukraine, sunflower production increased unexpectedly in December and January. But especially in Ukraine, heavy snowfall is currently restricting logistics and thus production. Ports are also affected. The Argentine sunflower harvest is lower due to the drought and the resulting lower yields per hectare. It can therefore be assumed that the available quantities will continue to decrease until October. Prices in Europe from refineries have increased again by about 5% in the last 10 days, as consumers from the food industry have covered spot demand and also the 2nd quarter. The current weather conditions, which have caused flooding in various regions, may also lead to logistical problems for river shipping in Europe, which in turn may have an impact on short-term availability.

The price situation continues to be inverse. High premiums are being demanded in some cases for spot requirements. In Canada, stocks have also decreased significantly. Demand from the biodiesel industry has fallen in Germany. Apart from that rapeseed oil follows the trends of palm oil, soybean oil and sunflower oil. It is still a little early for a more exact assessment of the coming harvest, but experts do not expect a significant increase for the EU compared to the previous year's harvest.

Due to the current high price levels, it can be expected that farmers will significantly increase their planting activities again. It is assumed that the area sowed in the USA could be increased by almost 10 %. The planting of sunflowers will also increase again in the Ukraine, Russia and in the EU. Sowing will take place in the spring. It is expected that from September onwards prices may be more attractive for consumers again. However, these thoughts are all subject to the weather conditions not proving unfavourable. Another factor that will limit the downward movement of prices is the stocks from the previous harvest that still exist at harvest time.

Due to the bad weather conditions in large parts of Spain in January, experts now expect a lower olive oil production. Initially, a quantity of about 1.6 million tons of olive oil was forecast. In the meantime, In the meantime, 1.45 million tons seem to be more realistic. Due to the wet and cold weather, the quality of the olives has suffered, so that less oil of the extra quality grade was produced. This also explains the large price difference with the so-called lampante quality, which is refined. Olive oil prices have increased significantly in the last few weeks. It now remains to be seen whether the rains will have a positive effect on the coming blossoming of the olive trees. Should this turn out well in May, the further price development could decrease until the new harvest. Many end consumers in Germany do not seem to have noticed these price increases yet, as especially the discount stores have significantly reduced prices in the entry-level segment.

December shipments were up 24% compared to last year, and are up 22% YTD. Crop receipts are so far at 2.87 billion lbs. Bud set has started in the orchards. When the temperatures will rise, the bloom should pop quickly. This should happen in mid to end of February. Farmers are now analyzing the leaves and soil to calculate the optimum amount of nutrients the trees will need for the season.
The most common nutrients that will be applied are Nitrogen, Phosphorus, Potassium and Boron.

China exports are lower than historical average, but prices remain steady.
Also in the Walnut orchards the bud set has started.

Shipping numbers from December were very strong, and prices are moving upwards again. Exports in December were up 126% over 2019 and Domestic shipments were up by 18%. The American pistachio crop came in at 1.05 billion lbs.