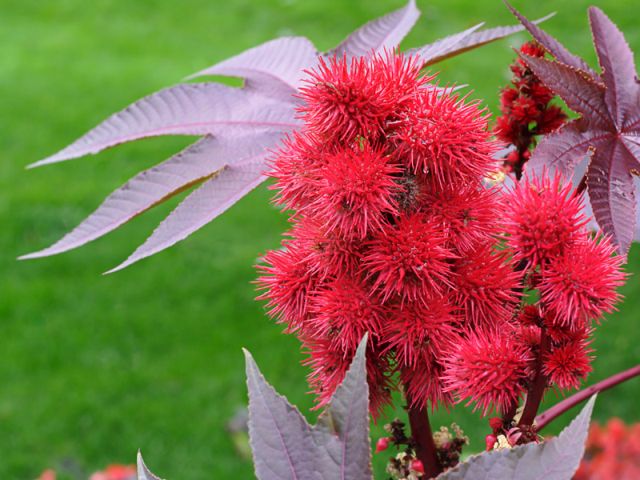 Vegetable oil prices have fallen significantly in recent months. This is mainly due to increased palm oil production and unusual high stocks in Indonesia. However, these more attractive prices are also leading to an increased demand from the food industry as well as from the energy markets. Good harvest expectations for the soybean crop in the USA also contributed to this.

Currently, soybean oil has a significant premium over palm oil. Nevertheless, prices here have also become much more attractive, especially for the new year, compared to the quotations in the early summer of this year. In the USA, conditions for the growing crop were significantly better than expected and rainfall is also predicted for August in various growing regions.

Sunflower oil prices have picked up again somewhat, as crop expectations for the EU had to be scaled back due to the severe drought. In addition, demand has picked up again with the more attractive prices.  Whether these price increases will last remains to be seen, as a record harvest of about 15.4 Mio. tons will be coming up in Russia. If prices return and sunflower oil is permanently listed at a lower price than rapeseed oil, there is a possibility that more demand will arise again in the food sector.

After a good rapeseed harvest in the EU, weather conditions in Canada are also good for the growing crop.
The harvest in Ukraine also turned out better than market experts originally assumed.

Due to the very dry and warm weather, there are fears in the olive oil producing countries that the coming olive harvest could be significantly smaller than what was assumed in spring. Lower rainfall and greatly reduced irrigation capacities in Spain lead experts to forecast an olive oil production of well below 1 Mio. tons. After the current production was still just under 1.5 Mio. tons, the expected old stocks in the month of October will not be large enough to compensate for the lower harvest. The cooperatives are therefore no longer willing to sell larger quantities. This leads to a clear price increase for alternative quantities. There are no binding offers for the new harvest yet. The situation in Italy is similar. There is a deficit of rainfall and irrigation as well. The quality of the oils from the coming harvest is still difficult to predict. In general the oils in dry and hot years are very "concentrated" in sensory terms. Bitter and pungent notes will be predominant. Balanced fruity qualities are then generally more difficult to find.

Processing capacities are overall already well used this year. The logistic chains remain strained. The ports are heavily burdened due to strikes, staff shortages and very high freight volumes at times. As a result, transit times are lengthening considerably and many goods are arriving late. Due to the shortage of drivers and the continued high energy prices, the prices for truck transports are rising, in some cases considerably. Due to that various oils for the front dates are sometimes quoted significantly higher than for the dates in the new year. The weather in the coming months in the main growing regions for the USA and Canada will continue to be decisive for the price development of the most important vegetable oils. The progress of shipments from the Ukrainian Black Sea ports is also of great importance. If larger quantities of the Ukrainian rapeseed and sunflower harvests can be shipped and delivered to the recipients, this will calm the nervous markets.

Sunflower oil prices have picked up again somewhat, as crop expectations for the EU had to be scaled back due to the severe drought. In addition, demand has picked up again with the more attractive prices.  Whether these price increases will last remains to be seen, as a record harvest of about 15.4 Mio. tons will be coming up in Russia. If prices return and sunflower oil is permanently listed at a lower price than rapeseed oil, there is a possibility that more demand will arise again in the food sector.

With the California ports finally returning to pre pandemic efficiency, Almond handlers are breaking records with international shipping. Shipments for last month totaled 279 million pounds which exceeded last year’s July shipments by 26% and set a new monthly record for the second month in a row. Harvest is approaching quickly, the 2022 crop is expected to be 2.6 billion pounds grown on 1.37 million bearing acres. Down 11% from the 2.9 billion pounds harvested in 2021.

The Nut Grower Society hosted their annual summer tour in Albany Oregon this past week. They announced the 2021 Hazelnut crop came in at 77,000 tons grown on 90,000 acres. 99% of the crop was grown in the pristine Willamette Valley. This is only 5% of the world supply and while demand continues to grow for Oregon’s high-quality hazelnuts, it is still considered a small high quality producer of nuts. At Caloy we source directly from these farmers in Oregon.

California production continues to grow to meet global demand. As Iranian crop gets smaller the price for California pistachios rises. California currently has 485,000 acres of Pistachios, 180,000 of which were planted in the past 5 years.

Production of California Walnuts continues to increase. Over the past 20 years the acreage of farmed Walnuts in California has doubled to keep up with demand. It is currently at a record 390,000 acres.